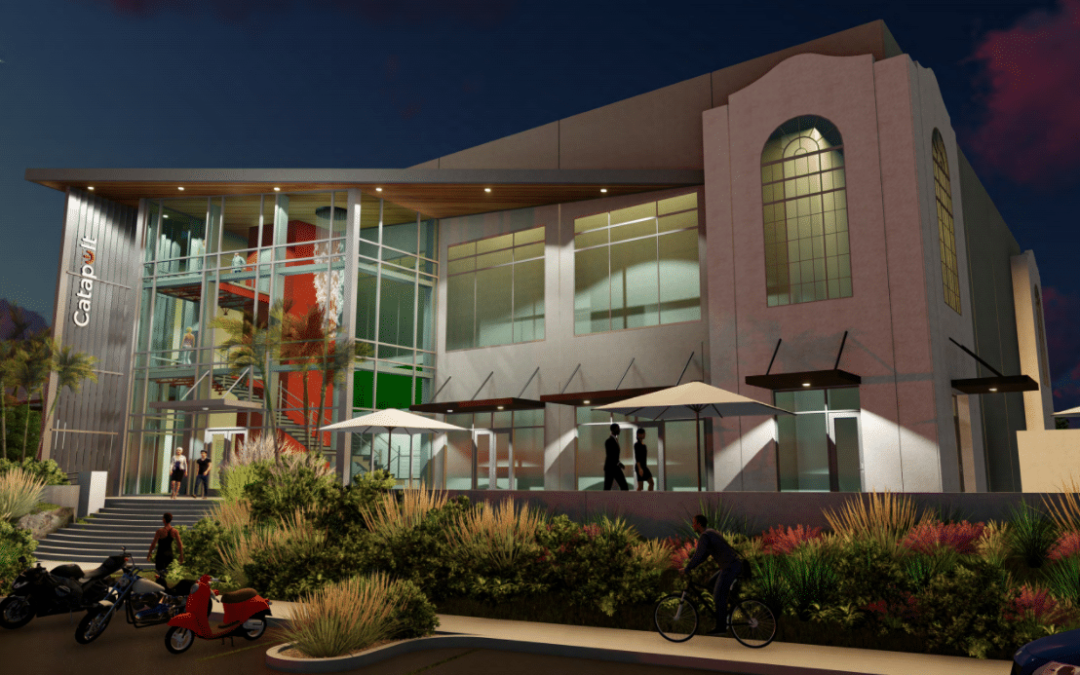 Nine weeks ago, we received devastating news regarding our plans to renovate the former Cash Feed building on Lake Mirror. Our dream of turning the former feed store into Catapult 2.0, an entrepreneur center for Lakeland, was brought to a sudden halt as Hurricane Irma effectively condemned our building and took us back to square one.

Once we recovered from the shock, we spent a few weeks evaluating our options. Should we stay in the Bank of America building and not expand our footprint? Should we lease a building outside of downtown, maybe in a neighborhood that needs a catalyst project? Should we demo the building and sell the site?

Or should we demo the condemned building and rebuild a similar building on the site, paying tribute to the old structure and design something bold, new, and fresh? We had invested a significant amount of time and money on engineering, architectural, and mechanical work. This option would allow us to recuperate some of these costs by building a facility with a similar footprint to our original plan. More importantly, we chose this option because our team had made a commitment to this project on this site and we felt that Lake Mirror still needed a catalyst project.

Over the past 2 months: Lakeland’s Historic Preservation Board approved the City of Lakeland’s recommendation to demo the building, Marcobay our contractor confirmed that we could build a new structure with the same footprint close to the original budget, and Catapult architects (WMB-ROI, The Lunz Group and KCMH) agreed to meet weekly until a new design could be hammered out and approved by all. 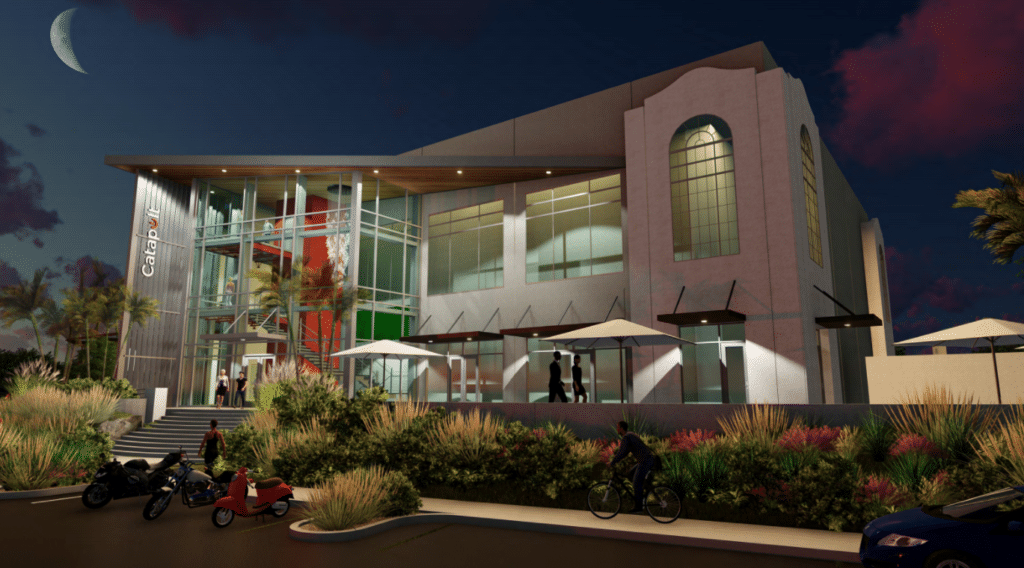 Though Hurricane Irma destroyed the original structure, numerous objectives will still be achieved in the construction of a replacement building within the same footprint with the same general configuration.

“This building will operate for the community, so we felt it was important to maximize the visibility into the activity spaces to enforce a stronger connection to passersby,” said WMB’s Mike Murphey.  “We have accomplished this transparency with a three-story curtain-wall glass atrium which opens into all three levels.”

According to KCMH Architect’s Ben Mundy, “The building’s design and elevated prominence from the lake view will provide a profound sense of place and identity for Catapult. The roof terrace and ground floor level terrace with stepped lakeside face will provide a unique opportunity to enjoy all that occurs around Lake Mirror.”

“The design of Catapult 3.0 represents both our economic past and future,” said Lunz Group’s Brad Lunz. “The façade is an homage to our agrarian economic heritage in the corner detailing and windows.  The balance of the design speaks to a culture of collaboration, transparency, and innovation.”

A Gift to Our City

This new facility will not only invest in our region’s entrepreneurs, but it will serve as a catalyst to downtown development and redevelopment.  Catapult currently offers affordable memberships, thoughtful education and funding to Lakeland start-ups.

Plans for Catapult 3.0 quadruple the square footage Catapult 1.0 currently has in the basement of the Bank of America Building to 40,000 square feet.  The new facility will increase the capacity of Catapult members from 140 to 400.  It will not only provide significant expansion space for private office users, coworkers, and kitchen users, but it will bring a new concept to Lakeland: a fully functional 10,000 square foot maker space workshop and temporary retail space for those makers to test their concepts (click here to view floor plans).

Thanks to an incredible collaboration between the GiveWell Community foundation, City of Lakeland, The LEDC, and numerous other generous donors, Catapult 3.0 will be a $10,000,000+ gift to Lakeland. 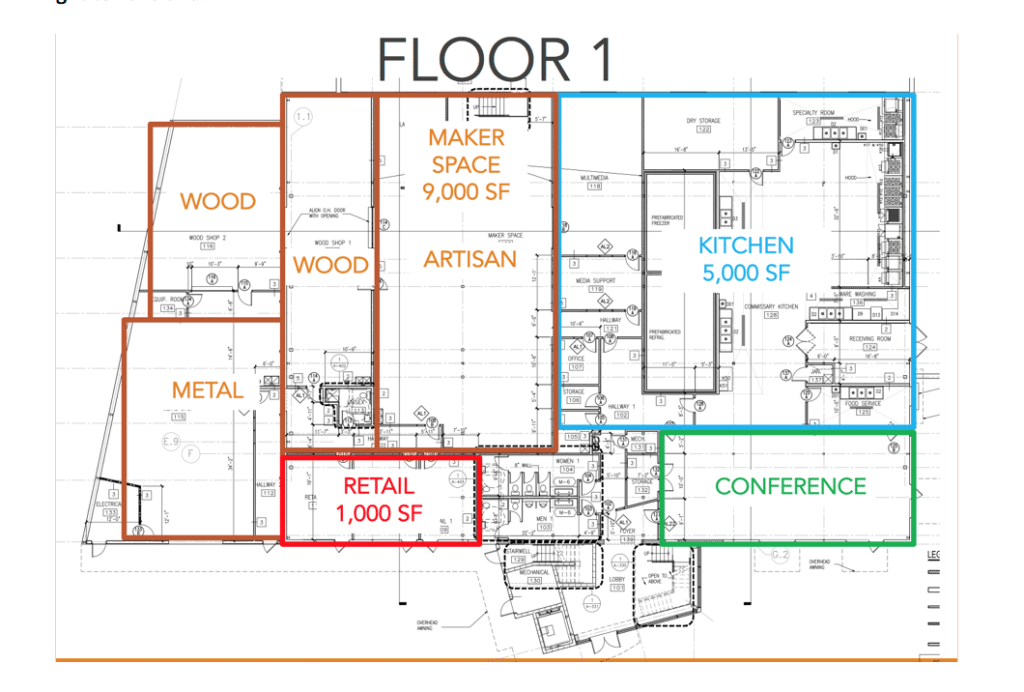 At the end of the day I know that everyone will not agree on the design of the new building, just as everyone did not agree on the design of Catapult 2.0. It’s impossible to appease the design eye of an entire community (heck, it’s almost impossible to appease the ideas of everyone on our small team). We believe the new design of Catapult 3.0 gracefully pays tribute to the former building and marries it to the future, a future that will be influenced by the entrepreneurs that launch out of Catapult 3.0, the project’s ultimate goal.

In 2004 my wife and I donated to the “Tribute to the Volunteer Spirit” sculpture by renowned sculptor Albert Paley which was installed at Lake Mirror in 2004.  I have to admit, it’s not really my favorite sculpture, but our family didn’t give to the design of the sculpture. We gave to pay tribute to the volunteer spirit in Lakeland.

Thirteen years later, the generous families that have given to Catapult 3.0 are not giving to the design of a building on Lake Mirror, they are giving to the spirit of entrepreneurship in Lakeland.  They believe in downtown development and redevelopment.

They believe in our local architects who agreed to collaborate on a project together. Such collaboration remains unheard of, and it has never been done in Lakeland or many other places for that matter.  Three firms designing one building?  Yes. Do you know what happened? We (collectively) received the best ideas from the most creative minds Lakeland has to offer, and it worked. 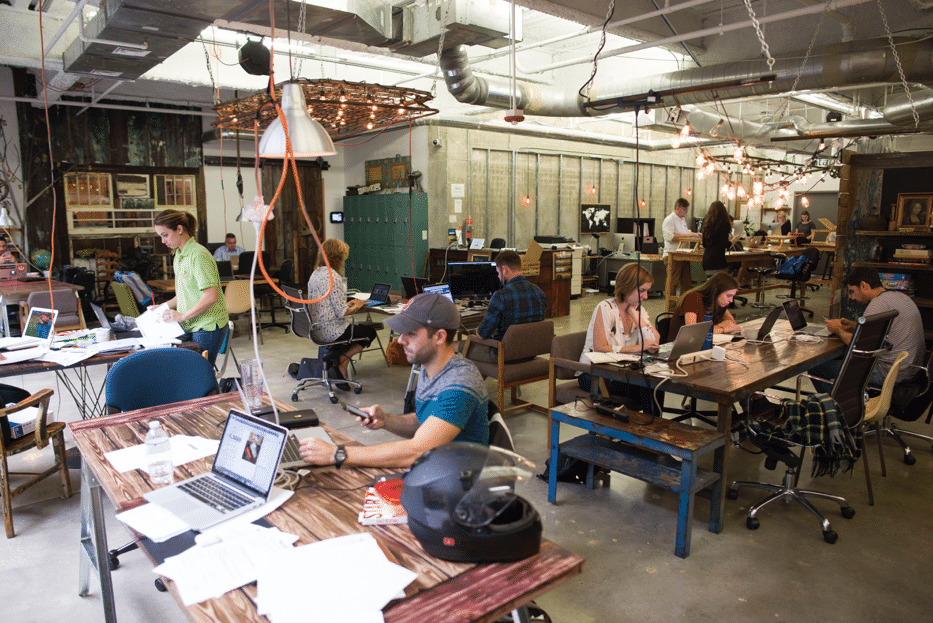 Lakeland’s Historic Preservation Board’s Design Review Committee will meet to approve Catapult 3.0’s new design at 7:30 am on December 21st at City Hall. Once approved, our local architects, civil/structural/mechanical engineers and contractors will complete our plans and begin construction on the new facility.

We have told you in previous blogs that we are going to change our communication strategy.  We believe we need to have an ongoing community conversation about projects like Catapult 3.0.  These conversations don’t just need to be between Catapult and City Hall. So, instead of waiting until December 21st to unveil our plans, we wanted to publicly release them ahead of time, today.

Now, you have time to review the plans, ask your neighbor what they think, talk to your friends, write a letter to the editor, post on social media, call us, stop by Catapult and get a tour of our current facility and see what we are all about.

If you have questions, concerns or comments you don’t want to share publicly, please feel free to call me at the office at 863-687-3788.