Catalyst 2.0 – How Accessibility to Information Turns Dreams into Reality 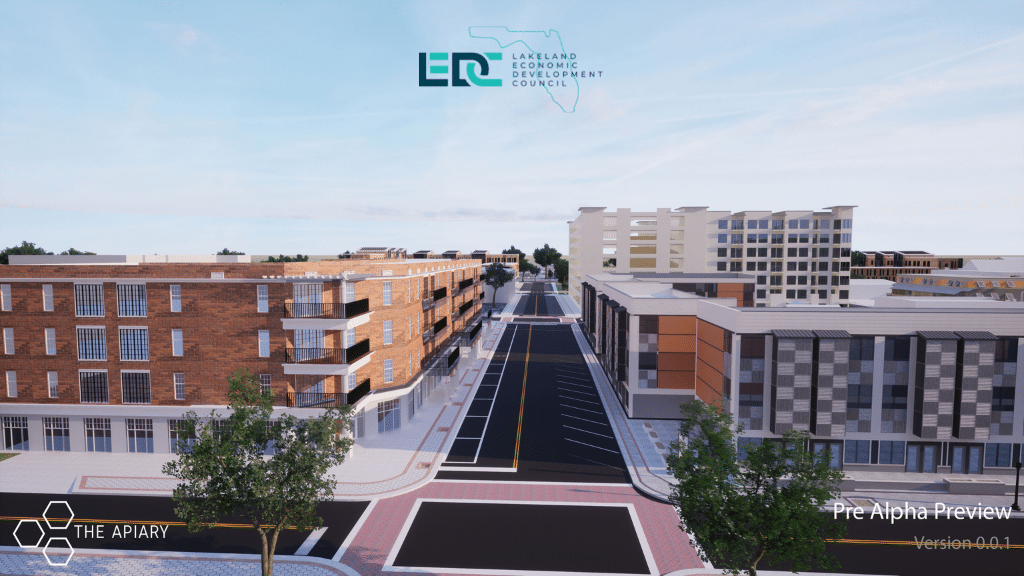 The type of development a community longs to see doesn’t just happen. It takes a formula made up of the right ingredients – an engaged citizenry, a receptive and forward-focused city government and private sector partners all asking the same questions,

“How might we communicate our story about downtown Lakeland in a way that attracts developers who have similar goals for the future of this community? How might we define those goals and expectations to bring investment we can all be proud of?”

This story starts several years ago when the Lakeland Economic Development Council (LEDC) was frustrated with the lack of development happening in the downtown core. It had been well over 10 years since any substantial, or what we like to call “catalyst”, projects occurred. Catalyst projects are new investments that spur others to invest, lighting a spark that has a positive multiplying effect for all of those in the downtown area and frankly, throughout Lakeland.

In 2018, the LEDC approached the City Commission at their Strategic Planning Retreat regarding the creation of a new development plan for downtown Lakeland. We outlined numerous potential redevelopment sites that could be repurposed to serve the people of Lakeland, whether that be expansion of parking garages, office, retail or residential. The then Lakeland Community Redevelopment Agency (CRA) Manager Nicole Travis stated that the power of a vision plan is that it allows stakeholders to, “focus all of our resources on the same initiatives at the same time” for the greatest impact.

With the blessing of the Commission to proceed, the LEDC, in collaboration with the Lakeland Community Redevelopment Agency (CRA), private developers and The Lunz Group, developed what is now known as Catalyst 1.0.

In early 2019, CRA Director Nicole Travis unveiled Catalyst 1.0 to the City Commission. During that presentation, Nicole outlined numerous opportunities for different quadrants for the downtown, including areas by the RP Funding Center, The Ledger buildings and on the west side of Lake Mirror. She said in her presentation, “It’s not meant to overwhelm you, it’s meant to give you a starting point. You need an adopted plan to help you move forward. If there’s nothing else that you ever get from me, it is this — developers need certainty.”

Within one year of the City’s adoption of the Catalyst 1.0 plan, the following projects were completed or under construction totaling over $150 million in new investment downtown and hundreds of employees and new residents:

Many other projects are currently under some phase of design and permitting, no doubt capitalizing on the momentum built by these early investments.

Following the undeniable success of the Catalyst 1.0 plan, we at the LEDC believe it’s time to expand the Catalyst success story beyond the shores of Lake Mirror.

During the Lakeland City Commission Strategic Planning Retreat on February 23, 2022, LEDC President Steve Scruggs explained that the overwhelming success drove the LEDC to propose the expansion of the Catalyst plans beyond the shores of Lake Mirror to the entirety of Downtown Lakeland. During the retreat, he previewed a new web-based platform the LEDC has been developing.

“Part of a successful redevelopment process is helping citizens, elected officials, planners, developers and other stakeholders visualize “what could be”, Steve said.

That is why we have partnered with The Apiary, a Lakeland-based animation studio, and their team of Maggie Briggs, Matt Lukens and Will English, to create a platform that provides the community with access to development information like never before. It also helps to identify needed infrastructure and connectivity to support future development. It gives developers more certainty and helps elected officials make more informed decisions about the future of downtown Lakeland.

The first function of the web-based platform is to allow users to understand:

2) what is currently under construction

3) what has been designed, permitted and is anticipated to be developed.

By clicking on applicable projects, users can learn more about each project from the square footage, tenants, project team etc. This helps stakeholders understand what the existing environment is within the downtown core. The platform will be built out in a grid system and built out section-by-section, totaling 11 areas. Our team will keep the plan updated on a real-time basis and continually identify new projects and infrastructure needs.

The second part of the platform is to create a virtual design studio i.e. an interactive experience for the user to imagine “what could be” in downtown Lakeland. It creates 3D architectural conceptualization and visualizations of potential redevelopment areas to help users envision what the highest and best use of the available properties could be.

Watch the video clip below from the City Commission retreat for an early preview of the virtual design studio currently being developed.

We will continue to identify possible public and private redevelopment sites. Only those property owners that want to be included in the platform will be.

As a web-based platform, we will provide the City and community partners a link to this platform for placement on their websites so that no matter where a person researching Lakeland lands, they have access to this information.

During the commission retreat, Commissioner Stephanie Madden expressed her excitement about the project saying, “We want to think of every penny and how we can leverage it best,” she said. “We can’t do that without private investment, without working together and having partners.” To which LEDC President Scruggs replied, “Really, the sky’s the limit if we all work together.”