Starting in 2005, the LEDC and its High Skill Investors began traveling to cities around the country to learn best practices.  These trips have led to many ideas we have brought back to Lakeland and implemented.

In April 2017, David Hallock (LEDC Chairman), Tony Delgado (Lakeland City Manager) then Mayor Howard Wiggs, and myself took a road-trip to Gainesville to meet with its City Manager regarding an exciting new design project in Gainesville.

Community leaders asked themselves “How can the City of Gainesville, Florida become more competitive?”  We were so impressed with Gainesville’s initiative that we invited their City Manager, Anthony Lyons, to come to Lakeland to share with us how they are attempting to make “Gainesville the most citizen-centered city in America.” 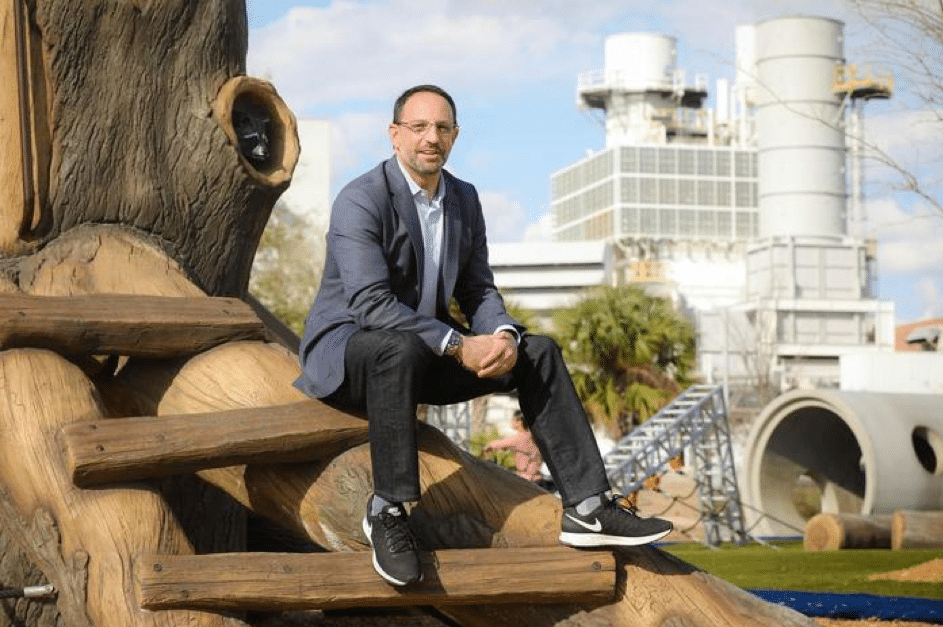 Question: “What do we mean by “citizen-centered?”

In ways large and small, Gainesville is placing the citizens in the center of everything the city does, all the services the city delivers, all the information the city collects, all the decisions the city makes.  City leaders devoted themselves to be guided by a question that has one core and consistent answer: Does this serve the needs of the citizens of Gainesville?  “We are here to help you, celebrate you, guide you, and let you find your way forward in making Gainesville an even greater city to live in.”

Gainesville’s story is about a journey, a fundamental shift from the way things have traditionally been – and not just in Gainesville, but in cities all over the country.

Who Does the City Exist For?

How Should a City Function?

The City should function to serve its people.  It should be designed and operated in a way that will make the lives, the work, and the daily experiences of its citizens as pleasant, enjoyable, efficient and positive as possible.

Every day, citizens should have excellent “user experiences” as they go about their daily lives.  If you think about it, it makes sense.  It cuts through the complexity of systems, policies, bureaucracies and budgets and arrives at a simple, direct, honest truth.

The city is not the collection of the things it does.  It is not the departments that exist to do those things.  Those functions and operations are a surface-level expression of a more fundamental, underlying truth: The city is for the people.  The city should be as simple and effective as possible in its interactions with its people.

What does it look like for a city to design its operations to provide world-class experience?  It has to combine the best capabilities of information technology, design thinking, workforce training, and leadership development at all levels of the organization to re-imagine what it is and how it functions.

Gainesville has built a culture and set of practices that constantly reinforce the singleness of purpose.  The way the City hires, trains, promotes, and rewards its employees holds the organization to its citizen-centric purpose.  Customer feedback is taken seriously.  Information is shared readily.  Mistakes are acknowledged and used as opportunities for improvement, not as a reason for punishment.

The physical spaces and even the routine communications between the city and its customers are carefully thought out, evaluated and designed to enhance user experience.

A Community of Choice

From Hurdles to Helpers

So how does a city become a community that removes hurdles and becomes a helper?  It moves:

A New Team in Lakeland

So, how do we apply the lessons we are learning from Gainesville in Lakeland?

Lakeland has four new City Commissioners that made improving Lakeland’s Community Development Department a primary issue in our most recent election.  They are firmly committed to creating a more business friendly user experience at City Hall.

Travis has an 8-year track record of cutting through red tape and getting things done at our Community Redevelopment Agency.  As a quasi-developer with the CRA, Travis has experienced the difficulties of running projects through our city permitting process in the past.

Since her promotion, Travis has been meeting with her team, and listening.  She has also been on a listening tour in our community with developers, realtors, architects, and contractors that work with her departments on a daily basis.  Travis has reached out to small business owners and entrepreneurs to better understand their needs and concerns.

Photo by the Ledger

This won’t happen overnight, but I believe it will happen, and as a community, we need to support the people that will implement this change.